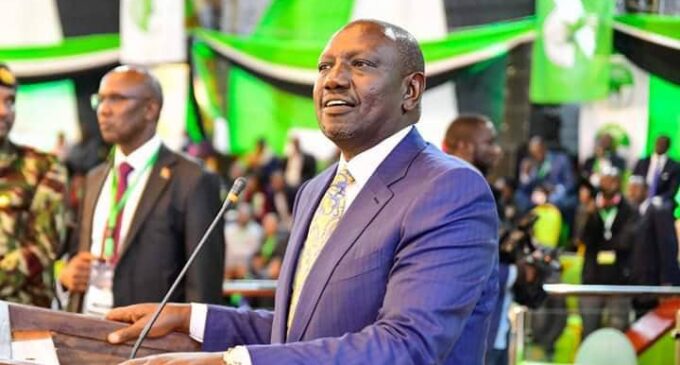 Ruto was sworn in on Tuesday by Martha Koome, chief justice of Kenya, at a ceremony held in Moi International Sports Centre in Kasarani Stadium.

At the inauguration, Ruto swore an oath of allegiance and another oath for the execution of the functions of the office.

With his inauguration, the 55-year-old Ruto becomes the fifth president of Kenya.

Vice-President Yemi Osinbajo was at the event to represent President Muhammadu Buhari.

He was accompanied by Zubairu Dada, minister of state for foreign affairs, and Babafemi Ojudu, special adviser to the president on political matters.

Aliko Dangote, chairman of Dangote Group, was also among the guests in attendance.

Other guests at the event included Felix Tshisekedi, president of the Democratic Republic of the Congo; Paul Kagame of Rwanda; Filipe Nyusi of Mozambique; President Samia Suluhu of Tanzania.