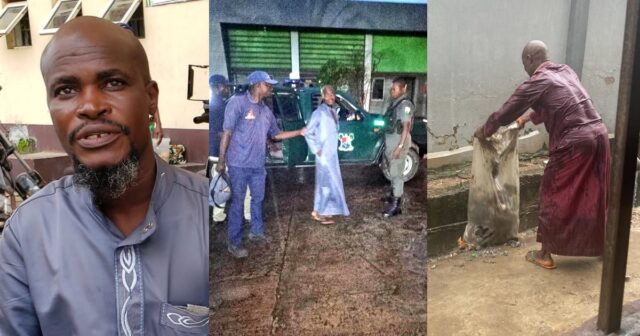 A man, identified as Mukaila Ismail Gado, has been arrested for disposing refuse into a gutter in Lagos State.

The middle aged man residing in the Alausa, Ikeja area of Lagos state, was nabbed after he was caught on camera emptying a sack filled with waste into a gutter while rain was falling.

The said video was shared on Twitter by @LagosWaste, who disclosed that the man was captured by the monitoring enforcement team division of the Lagos Waste Management Authority (LAWMA). 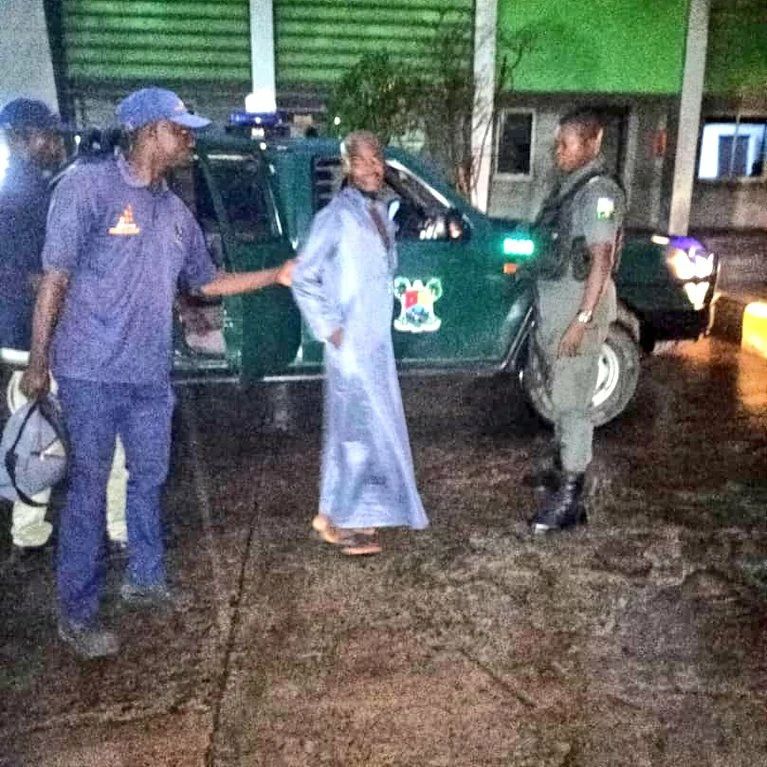 They stated that the man will be arraigned before a court and risks being sentenced to jail for his crime.

“Caught in the act by @Lawma_gov monitoring enforcement team dumping refuse into the drainage during rainfall. He has been arrested for further investigation.
This one will definitely go to jail”

“This is a pure wickedness, we cannot continue to put the blame on government”

The Senior Special Assistant (SSA) to the Governor of Lagos State on New Media, Jubril Gawat, also confirmed that the man’s arrest.