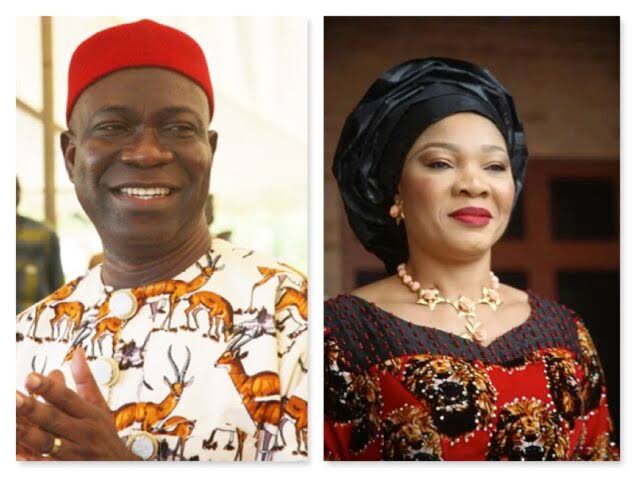 While she was granted bail, her husband, who is the lawmaker representing Enugu West Senatorial district, was denied bail.

Ike, a barrister and former deputy president of the Nigerian Senate and Beatrice, an accountant, appeared at the Old Bailey on Friday for a bail hearing.

The PUNCH had reported that Ekweremadu was charged by the UK Metropolitan Police with conspiracy to facilitate the travel of another person for organ harvesting.

It is alleged Ike Ekweremadu, 60, and his wife, Beatrice Ekweremadu, 55, brought the 21-year-old man from Nigeria to the UK.

Prosecutors claim they planned to have his kidney removed so it could be given to their daughter.

“The position is that I have granted bail to Beatrice subject to some fairly stringent conditions but I have refused bail to Ike,” Daily Mail quoted the Common Serjeant of London, judge Richard Marks, to have ruled.

Prosecutors are not appealing the decision, the court heard.

Prosecutor Tim Probert-Wood said previously that the case involved ‘exploitation and the harvesting of an organ.

’Ekweremadu: How court ruling on release of donor’s biodata violates NDPR
“The case began on 5 May 2022 when the complainant presented himself at Staines Police Station and claimed he had been transported to this country for the purpose of his kidney being removed.

“He arrived on 20th February 2022 and was taken to Royal Free Hospital where tests were conducted.

“For the purpose he was there he did not consent to the taking of his kidney.

“He returned to the house he was staying and his treatment changed dramatically.

“He described being treated effectively as a slave.”

The PUCNH reports that a United Kingdom-based doctor was accused of conniving with Ekweremadu, and his wife to traffic a homeless man into the UK to harvest his kidney for their daughter.

The doctor, Obinna Obeta, 50, from Southwark, south London, is charged under the Modern Slavery Act.

Obeta, who appeared at Bexley Magistrates’ Court on 13 July, is charged with arranging the travel of 21-year-old Davi Ukpo from Nigeria to the UK.

He is also accused of conspiring with the lawmaker to arrange or facilitate the travel of the man with a view to him being exploited through organ harvesting.