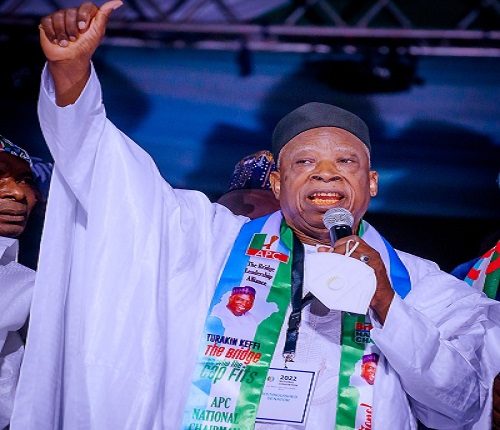 As the quest for aspirants to secure the ticket of the ruling All Progressives Congress, (APC ), for 2023 heightens, the National Chairman of the party, Senator Abdullahi Adamu, on Saturday assured that no aspirants will leave the party after the party’s primaries, which are now slated for May 26th to 30th.

Adamu stated that the ruling APC does not only want to win but also wants to win big in 2023.

He made the assurance while addressing a group of party members in the diaspora at a global virtual town hall session on “Intra-Party Democracy for the Emergence of Best Candidates.”

The Chairman said, “Directly I want to tell you that after the primaries, non of the contestants of aspirants will leave the party. You can see unlike the other parties extending weight, in our party all our aspirants are calm. Everybody is going left and right, trying to win votes for themselves.

Adamu, who was represented by a Special Assistant, Prof. Abdullahi Yau, added, “I can assure you this is the most interesting part; the number of people that are contesting and they are going to give everybody a playing level ground where you can exercise your right as a Nigerian to contest.

“And at the end of the exercise, just as what happened in the National convention, you see that everybody will be satisfied with whoever that emerges from the primaries.”

He, however, said all aspirants would be listened to by a high-power delegation of the committee if there’s a tangible reason why they are complaining after the party’s primaries.

“They will listen to you and provide for your needs. In this way, we can carry along everybody in the party,” he said.

Speaking on the occasion, National Coordinator, APC Ward-to-ward Ambassadors, Abuja, Nigeria, Myke Ozurumba, noted that members of the APC diaspora community are exploring all avenues to fill the gap of participation and governance, as well as improve the democratic process in Nigeria. 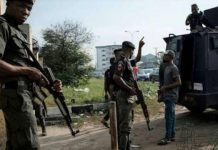 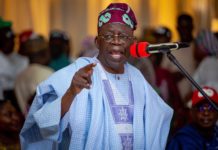 Ahmad Lawan: Judgment Has Begun In The ‘Sinnate,’ By Idang Alibi 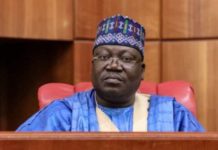