In 2004, it was just your average six-bedroom, four-bathroom run-of-the-mill house that folks looking to make it in Silicon Valley could rent. That is, until it housed its first tenants — Mark Zuckerberg, Dustin Moskovitz and Sean Parker. Around that time, the names of the creators of Facebook — now called Meta — didn’t carry the weight they do today. They were just getting started.
Now, the social media company is a multi-billion-dollar force of nature, and that average house the trio once rented is on the Los Altos, California, market for $5.2 million. “This slice of Silicon Valley history sits at the end of a quiet cul-de-sac with a personalized soundwall in the expansive backyard and gazebo perfect for BBQs and get-togethers,” the listing on Live Play Real Estate says. And a “slice of Silicon Valley” it really is.
Not only has Zuckerberg lived under its roof, but it was also the stomping ground of other famous start-ups such as Eli Lilly and Company, Shopkick, and Emerge, and housed executives from Toyota, LinkedIn, and Apple, listing agent Crystal Souza of Live Play Real Estate told The Sacramento Bee in an email.
The 2,969-square-foot residence has some nifty features: Bay windows Balcony Spacious kitchen Breakfast nook And no, this isn’t the house the Facebook trio was kicked out of thanks to a zip-line incident made famous by the film “The Social Network,” this one came after. Owner Judy Fusco spoke to the New York Post about when she rented the home to Zuckerberg years ago.
“Mark stood outside and never went into the house, while Sean and Dustin ran up the front stairs to see the house,” Fusco told the Post. “Mark stood there and asked on the spot if they could rent the place, without even looking inside.” 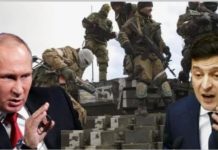 Russia Trying To Use Monkeypox As Bioweapon, Ex-Soviet Scientist Claims 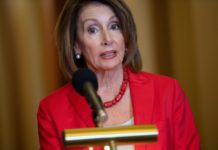