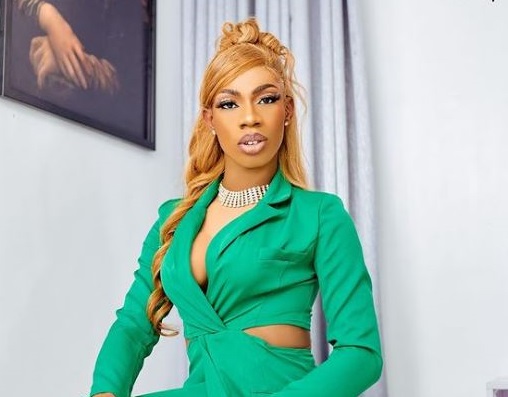 Crossdresser James brown has protested being identified as a crossdresser.

He spoke hours after his colleague Bobrisky gave tips of how Crossdressers can get the right attention.

James also reveals that he is a goddess who has a bloodline of royalty.

He wrote: “Never you call me a crossdresser. I am a drag queen from London.

“I’m a goddess in a human form.

“A long line blood of royalty from Queen Dowanga, daughter of the goddess of love

“Dutchess of London. Represents (representative)in Africa as the princess of Africa.”