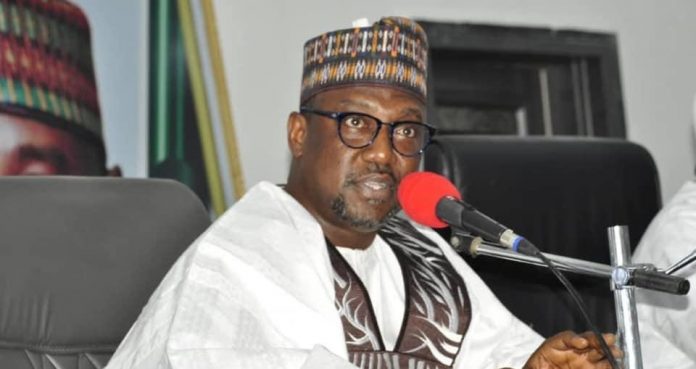 Three hundred people have been killed in more than 50 attacks by terrorists across communities in Niger State in the first two weeks of this year, Governor Abubakar Sani-Bello, lamented yesterday.

The governor in a chat with State House reporters after a closed-doors meeting with President Muhammadu Buhari at the Presidential Villa, Abuja, also said that about 200 persons were kidnapped by the terrorists within the same period.

Sani-Bello was in Abuja to brief the President on developments in his state, gave a breakdown of the attacks and their impacts on residents.

He blamed delayed response to distress calls on the lack of access roads to the communities.

However, he expressed optimism that with the new measures being put in place, the security situation in his state should improve soon.

The governor stressed the need for the contiguous states to work together to stop the terrorists from moving from one to another .

“This afternoon, I came to visit Mr President to give him an update on the security situation in Niger State with regard to banditry activities, kidnapping, and cattle rustling among others.

“We had a very fruitful discussion. We were able to review some of the invasions in the state. Unfortunately, I cannot tell you all.

“In the last few days, there have seen a lot of activities in Niger State. Hopefully, in the next few weeks, we see some relief with regard to banditry.

I also gave a highlight on some of the challenges. Of course, our size is a disadvantage, almost nine million hectares. We lost some forests.

“In January this year alone, we suffered not less than 50 reported attacks and loss of lives, between 1st and 17th  January. Within the same period, not less than 300 communities have been invaded by bandits.

“The number of people kidnapped is 200, including three Chinese nationals. We also lost some security personnel. Their number is 25. Unfortunately, we lost about 165 civilians and 30 local vigilantes.

“So, it’s a very dire situation that we have been battling in the last few weeks since the beginning of this year.

“But there is still a lot of work to do. We share borders with Kaduna, Zamfara, and Kebbi States. And these bandits have the habit of hibernating between forests, moving from Zamfara to Kebbi and Kebbi to Niger.

“They take advantage of the cattle routes which they already know. They move on motorcycles. And most of the areas and communities they attack have no access roads. So, you cannot drive there. So, our response time is slow.

“But going forward, there will be new strategies which I earlier mentioned. It will help us. But I can’t disclose some of those strategies. But basically, the States of Kaduna, Niger, Kebbi would have to work together to address the situation.”

“What I realized is that they have been taking us on a merry-go-round. When we deal with them in Niger, they move to Kaduna. When Kaduna deals with them, they move to Katsina. They have been hibernating in the forest. Some of these operations need to be handled simultaneously so that we get the result.

“We are not happy and we are sad with the developments in these states. We are doing whatever we can, using kinetic and non-kinetic efforts to see that we address the present situation.

As we go on, we will try to update you from time to time on progress being made in this fight.”