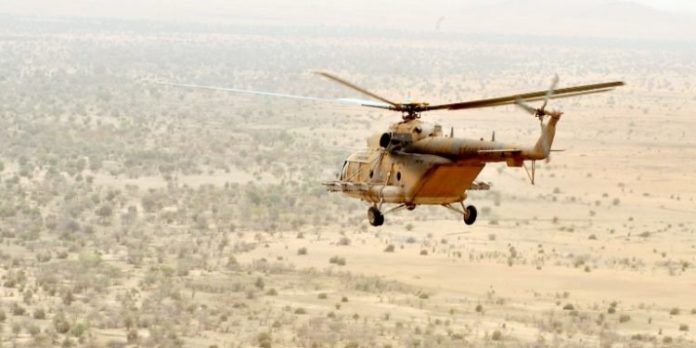 The spokesperson of the Air Force, Edward Gabkwet, an air commodore, stated this in a statement in Abuja.

According to him, the incident happened on Wednesday when the team were patrolling along the Birnin Gwari-Kaduna expressway.

The rescue of the victims comes amidst heightened insecurity caused by the activities of the terror groups in the North-west region, particularly in Kaduna State.

Dozens have been kidnapped in the past few weeks while many others regained freedom.

In December, a member of the Kaduna State House of Assembly representing Giwa Constituency, Rilwanu Gadagau, was killed on the Kaduna-Zaria highway.

In the latest incident, Mr Gabkwet said the victims were rescued shorty after their kidnap.

He said the victims who were traveling in different vehicles to Kaduna, Minna and Kano States were abducted by three different set of kidnappers on the same spot.

Mr Gabkwet said efforts are on to rescue the remaining victims even as those rescued have been taken to hospital for medical attention.

“The NAF SF have extended their operations within the area with the hope of rescuing the remaining kidnapped victims while those rescued have since been moved to the 461 NAF Hospital Kaduna for thorough medical examination,” he said.

Read the full statement below.

Nigerian Air Force (NAF) Special Forces (SF) today, 12 January 2022, rescued 26 kidnap victims while on a fighting patrol along Birnin Gwari-Kaduna Road. The rescue operation occurred when the SF came across 5 abandoned vehicles with their doors ajar near Anguwar Yako, an indication of forced removal or evacuation and likely kidnap scene. Acting on instincts, the SF began exploiting the general scene of the abduction and extended for about 3 kilometers radius well into the bushes while clearing the general area. Upon sighting the SF, about 3 kidnapped escapees suddenly came out from the bushes. Further search by the SF led to the discovery of 4 different groups of victims hiding in the bushes. After a thorough search further into the hinterland, a total of 26 victims were rescued. On interrogation, the victims who were traveling from Birnin Gwari to various locations including Kaduna, Minna and Kano, revealed that while enroute, large number of bandits in 3 groups suddenly appeared from the bushes from 3 different directions along the route and surrounded their vehicles. However, on sighting the SF, the kidnappers fled into the bushes with a handful of the victims while the other majority took cover and hid in the bushes until they sighted the SF. The NAF SF have extended their operations within the area with the hope of rescuing the remaining kidnapped victims while those rescued have since been moved to the 461 NAF Hospital Kaduna for thorough medical examination. 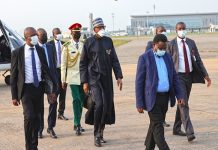