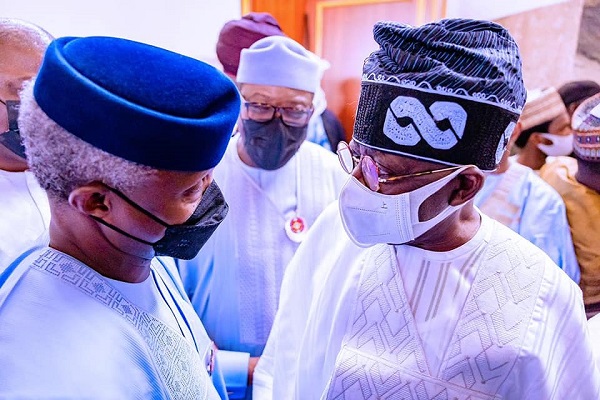 The Vice President, Prof. Yemi Osinbajo and National Leader of the All Progressive’s Congress (APC), Asiwaju Bola Ahmed Tinubu, were among the eminent Nigerians who graced the wedding of Fatima, daughter of the Minister of Education, Adamu Adamu, in Azare, Bauchi State yesterday.

A presidential delegation led by the Minister of Communications and Digital Economy, Professor Isa Pantami and including the Minister of Information, Culture and Tourism, Alhaji Lai Mohammedas well as Senior Special Assistants to the President on Special Duties Ya’u Darazo; Domestic and Household Matters Sarki Abba and Media and Publicity, Garba Shehu were said to have conveyed President Muhammadu Buhari’s advice to Adamu’s daughter on the occasion.

The President, according to a statement issued by his Senior Special Assistant on Media and Publicity, Mallam Garba Shehu, advised the newly-wed couple to commit themselves to a life-long union.

Congratulating the family of Adamu Adamu on their daughter’s wedding at a ceremony in Azare, the President also wished the newly married couple a happy life.

Others on the presidential delegation were the State Chief of Protocol, Lawal Kazaure; the Personal Physician to the President, Dr Suhayb Rafindadi and the Presidential Liaison Officer, Shehu Bello.

The Presidential delegation was also in Kano to commiserate with the Kano community and the family of the late Islamic religious leader, Dr Ahmed Ibrahim, who was buried in the city on Friday.

In his tribute, Buhari described the late Dr Ibrahim as “a personality of faith, who dedicated his life to Islamic education,” adding that “his emphasis on the unity of Muslims, good education and the rights of women will always be remembered. We offer our heartfelt condolences and pray for the eternal repose of his soul.”

Speaking at the palace of the Emir of Katagum, Katagum Emirate Council of Bauchi State during a courtesy call on the Emir, Alhaji Umar Farouk, the Vice President, Prof. Yemi Osinbajo (SAN), re-echoed the indivisibility of Nigeria by any of its fault lines of ethnicity, religion or class.

According to a statement issued by the Senior Special Assistant to the President on Media and Publicity, Office of the Vice President, Mr Laolu Akande, Osinbajo noted that the roll call of guests at the Adamu daughter’s wedding was evidence of Nigeria’s indivisibility regardless of ethnicity, religion and class.

“This is one occasion where you will find that our country is truly a united country and that nothing can separate this country, not ethnicity or religion or class.

“There is nothing that can separate this country. In fact, this is excellent evidence of the fact that this country is united,” he said.

The Vice President then commended the Emir of Katagum for ensuring unity among everyone residing in the emirate, noting that the “Katagum Emirate is a place where your Royal Highness has continuously demonstrated the willingness to accommodate people from all parts of the country.”

He also commended the education minister for believing in a united country and also building bridges across party and religious lines to affirm his belief.

“Every one of us is here because of our personal relationship with you. This is the way leadership should be,” he said. 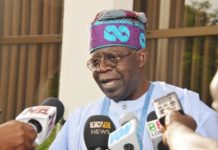