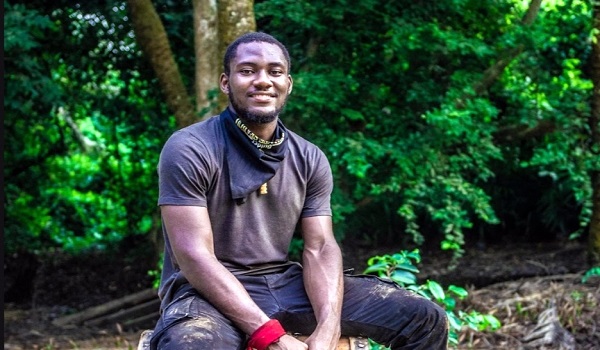 Odudu has emerged as the winner of the Gulder Ultimate Search Season 12.

The season, tagged Age of Craftmanship, saw 18 warriors (contestants) begin their journey into the forest on October 16.

The reality show reached its peak in its last week when four warriors emerged the last standing in search of the great Akolo’s chest.

Odudu, a wildcard on the show, was presented with an Innoson SUV courtesy of the Innoson Vehicle Manufacturing Motors.

The company handed over the winning sports utility vehicle to Nigerian Breweries ahead of the finale.

The wild card has emerged as the Gulder Ultimate Search winner for 2021.

Over 20,000 Nigerians applied for this season’s Gulder Ultimate Search regional selection process before those who made the longlist were sent to the Sea World.

Odudu was a member of the Iroko clan which also had members like Damola, Yankari, Esitima, Tobechukwu, and Gerald which was considered the strongest clan in Amorokin camp.

It seemed difficult for Odudu to have been noticed.

Gerald was predicted as a possible winner due to his performance in the early period of the show but was one of the first to be evicted.

Esitima found three boomerangs and was one of those who made it to the top seven.

Damola, who was also in the same clan as Odudu, also made it to the final.

It was during the individual tasks that Odudu began to show why he was a worthy winner.

It seemed all the energy, strategy, and endurance in him were let out in full bloom.

While it seemed other contestants were beginning to tire, he was just beginning and he maintained this level of performance till the end.

In the final episode of the show broadcast on DSTV on Boxing Day, Odudu emerged winner of the 2021 edition of the Gulder Ultimate Search after finding the Chest which contains the secret of the proverbial Akolo’s secret brew.

Odudu goes home with N50 million worth of prizes including the SUV as well as a return ticket to Dubai.

The winner of the survival reality TV show will go home with N50million worth of prizes, which included the SUV.