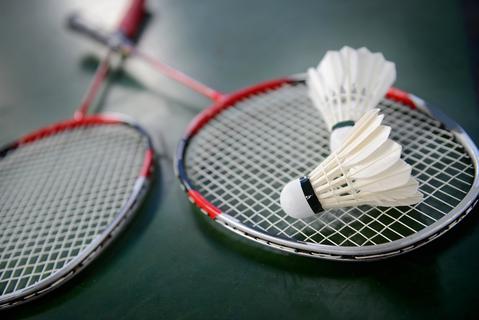 The News Agency of Nigeria (NAN) reports that the two-day championship is taking place at the Kubwa, Phase 3 Model Secondary School.

The promoter of the championship, Usman Ahmed, who is also the Smash Icons Badminton Chairman, said the aim of the event is to promote love among badminton veterans.

“It is also to enhance unity between the lovers of the game and to liaise and showcase what badminton is all about to the outside world,” he said.

Ahmed noted that “Smash Icons”, a brand of badminton, was introduced to propagate the game at the grassroots, especially in the FCT.

“I have been in the game for 20 years. ‘Smash Icon’ is a brand of badminton we are introducing and this is the first edition.

“We intend to promote badminton and take it to outside Africa. We are starting with badminton clubs and later we will collaborate with the Badminton Federation of Nigeria,” Ahmed said.

Convener of the championship, Vivian Onwukwe, urged the government to encourage the development of the game in schools with a robust sports curriculum.

Onwukwe regretted that most of the pupils in primary schools and students in secondary schools prefer to play basketball, volleyball or football, instead of badminton.

“When you ask children in school what sports they want to play, they will tell you football, volleyball, basketball; rarely will you see someone tell you badminton, and that is why we are coming up with this event.

“We need awareness for badminton to thrive in the country.

“I have not seen badminton courts in schools, you only see football pitches and basketball courts, and that is why we are using the Kubwa 111 Model Secondary School for this event,” she added.

Onwukwe also said that badminton kits can be afforded and should not be seen as a game for the elites.

She added; “the kits are not expensive. You can start with your canvass, learners’ racket that is N3,500, and by the time the children grow, they can get professional rackets.”

Chairman of ABCIN, FCT Chapter, Mohammed Bello, represented by Umar Kitunda, the club’s Public Relation Officer, said efforts are being intensified to popularize badminton in schools within the FCT.

Bello said the association has also sponsored some players in the FCT to international competitions.

Female player Hajo Sale, representing City Gate Badminton Association, said her target is to win gold in all her categories.

“I just finished my game now and the cheers were amazing. We need to encourage the ladies more to participate in badminton.

“Tournaments like this should be organized to encourage the players, especially the females.

“I have participated in 15 tournaments within two years and the lowest I got in these tournaments were bronze. My last tournament was gold.

Speaking in the same vein, Haruna Aris, a male player representing Gwagwalada Badminton Club, said the officiating of the game was fair.

Aris who also commended the organizers for organizing a befitting championship, called for the establishment of academies to help develop the sport.

“Children must be encouraged to start playing badminton from an early stage. Sponsors are needed to sponsor kids from age 10 just as China and other countries do for academies.

“If we can have badminton academies, it will turn around the fortunes of the sport.

“And the Badminton Federation of Nigeria should look for a way to partner kits manufacturing companies in China and get kits for the children in the academies at subsidized rates as a way to encourage them.

“Professional players can also benefit from that partnership too,” Aris said. (NAN) 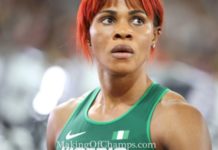 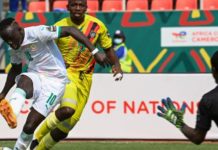