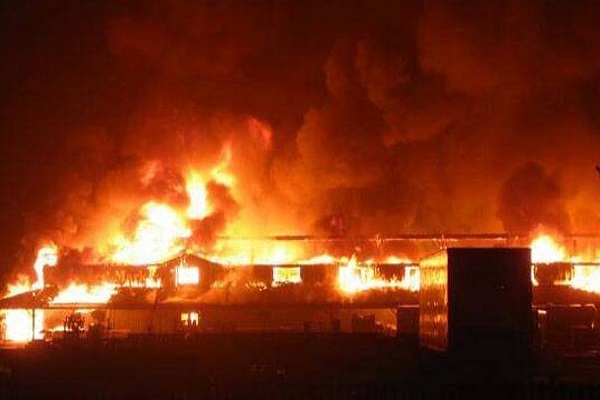 The blaze was caused by an electric fault, a source in the market said.

Eyewitnesses said no life was lost in the disaster.

He said the inferno occurred at about 2:00 p.m., affecting mostly book- shops.

Jili said the State Emergency Management Agency visited the market to condole with those affected and to make an assessment of the extent of the damage for a comprehensive report to the government for possible action.

“This incident is not the same with the fire outbreaks in homes where we offer relief materials. Those affected in this kind of disaster needs to be financially assisted, especially during this financial crisis,” he stated.

He disclosed that preparations were on for the commencement of a disaster management conference with relevant stakeholders on fire prevention measures.

Dr. Jili reiterated the state government’s readiness to do everything possible to protect the lives and properties of its citizens.

He revealed that the conference was aimed at sensitizing the public to ways of preventing fire disasters, which would involve traditional rulers, religious leaders, CSOs and community-based organizations responsible for fire campaigns so that the information can go around.

He urged the public to maintain safety at all times by using fire and electric appliances with care to avoid fire outbreaks, especially during the harmattan season.