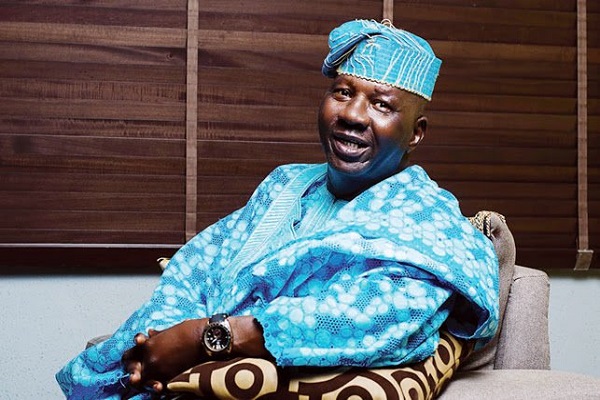 The actor died after battling illness for over two years.

Baba Suwe’s death was announced by one of his daughters, Adesola Omidina.

“This is to announce the sudden death of my father, Babatunde Omidina, the legend and rare gem, Baba Suwe, on November 22, 2021. Details and other arrangements will be announced shortly,” she said.

Baba Suwe became popular for his comic roles in several Nollywood films and television productions between late ‘80s and mid-‘90s.

The actor and film producer became famous for his TV series, Erin Keeke, which had Yoruba as the language of communication.

The series made waves on NTA Channel 7 in the ‘90s and featured popular film stars, like Opebe, Madam Saaje, Suwe, Emukay, and others, until it stopped airing in 1996.

The veteran actor went on to make an impact on the home video scene by appearing in several movies and later producing over 10 under his Erin Keeke imprint and late Babs Omidina Production.

His fame continued to grow after he featured in Olaiya Igwe’s movie, titled: Iru Esin, in 1997.

He also worked with various major movie producers and marketers, like Bayowa Films and Corporate Pictures.

Some of his memorable works include Baba Laarinlodu, Baba Jaiye Jaiye, Ojabo Ko Fo, and Elebolo.

He fell ill in 2018 and his health deteriorated until 2019 when several Nigerians, including Vice-President Yemi Osinbajo, donated funds for his medical treatment abroad.

In a short statement sent to The Nation, Rollas wrote: “We received the news of his demise with shock. But we are consoled that he lived a worthy life and left his footprint on the entertainment industry.

“His contribution to Nollywood cannot be quantified. He will forever be remembered for his professionalism and his art which many have excelled in and many more are following his footsteps doing well. May God grant him eternal rest.”

Abina, one of the daughters of veteran actor Jide Kosoko, wrote: “Oh my God! Rest in peace.”

Alli, a member of the Odunfa Caucus, who worked closely with the late Baba Suwe in his prime, wrote: “Innalillahi waina illaehi rojiun …RIP, Baba Suwe.”

Fabiyi, who had been at the forefront of donation, soliciting funds for late Baba Suwe when his health failed terribly in 2019, could not hide his sadness.

While his phones have remained busy, the actor shared candlelight and Emojis of weeping on his Instagram account.

He wrote: “The only time you cannot know true friends, especially in our industry, is when you party or have a buffet; when they have nothing to lose or suffer no discomfort. If you fall terribly sick or run into any problem, that you need moral support, that is when you will know you amount to nothing to them.

“Efele, you cease to exist. That energy for your party is gone; they won’t look for you. Definition of our love is different from what we portray in our movies. Fake lives always win on social media, no matter how honest you are. We can restore true love if we stop.”

Born on August 22, 1958 and raised in Inabere Street on Lagos Island, Baba Suwe is an indigene of Ikorodu area of Lagos.

He began acting in 1971 but came into the limelight after he featured in a movie titled: ‘Omolasan,’ a film produced by Obalende.

He henceforth rose to prominence in Yoruba comedy films.