Zimbabwe’s President Emmerson Mnangagwa and some opposition politicians received China’s Sinovac Covid-19 vaccine in the tourist resort of Victoria Falls on Wednesday as part of efforts to encourage citizens to get inoculated.

Zimbabwe has registered vaccines from China, India and Russia for emergency use but none so far from Western manufacturers.

In a country where suspicion and scepticism often trump facts, Mnangagwa’s vaccination at a public event, together with opposition leaders, was meant to assure citizens that the vaccines were safe.

The southern African nation had planned to administer the Sinopharm vaccine to 53 000 health workers and selected security forces when it rolled out the first phase of its programme on 18 February, but only 44 135 people had been vaccinated by Tuesday, the health ministry said.

Mnangagwa received the Sinovac shot and said the presence of some of his political opponents showed that the country was united in fighting the coronavirus pandemic.

“I therefore challenge all of us in our respective communities to accept the vaccination programme and to shun vaccine hesitancy, misinformation and the negative conspiracy theories,” Mnangagwa said before receiving his shot.

The second phase of Zimbabwe’s vaccination programme will target teachers, members of the judiciary and security services as well as the elderly, Mnangagwa said.

“I have heard that some people are falling ill after being vaccinated so my family and I will not do it. If I was meant to die I will just die when the time comes, this is not for me,” Blessward Makoni, a 27-year-old father of one, told Reuters at his cellphone accessories shop in Harare.

Some health workers’ unions say the government has not provided adequate information on the vaccines, causing people to be hesitant. 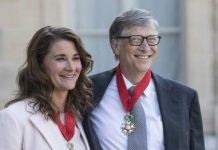 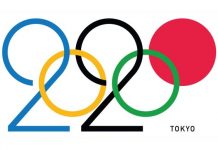 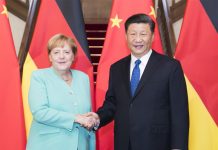 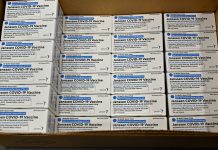 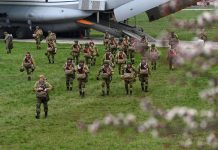