The National Films and Video Censors Board (NFVCB) and the Lagos State Government have agreed to resolve the issues of multiple taxation and over-regulation of film makers in the state.

This is in view of the five per cent tax recently imposed on film makers in the state by the Lagos State Films and Video Censors Board (LSFVCB).

Alhaji Adedayo Thomas, NFVCB Executive Director, said that the existing Memorandum of Understanding between LSFVCB and NFVCB would soon be reviewed to resolve the issues of multiple taxation and over-regulation of film makers.

Thomas spoke during a training and sensitisation for film marketers and distributors in Oshodi-Isolo area of Lagos.

The forum was jointly organised by Rep. Bashiru Daudu, representing Oshodi-Isolo Federal Constituency in the National Assembly and the NFVCB.

Newsmen report that LSFVCB recently issued a 30-day notice to content producers in Nigeria to duly register their contents with the body with a five per cent levy.

Thomas said that the LSFVCB and NFVCB had jointly set up a committee for the review and amendment of the MoU.

“I must commend the Commissioner for Tourism, Arts and Culture, Mrs Uzamat Akinbile-Yusuf, who is categorical in her opposing position to the five per cent tax from LSFVCB and made effective moves to quench the inconsiderate policy.

“Having had meetings with the commissioner, I am glad we are having a headway and one of the measures taken is to review and amend the existing MOU with the LSFVCB to counter the burning issues of taxation and overregulation in the industry.

“The committee shall tentatively be composed of me, as the Chairman; the commissioner, as the co-Chairman; Moses Babatope, 1st vice Chairman; Peace Anyiam, 2nd vice Chairperson, Zik Zulu, Secretary and others.

“We welcome more dialogue and robust conversation on the issues impeding the industry, we must also realise that President Muhammadu Buhari’s administration has consistently demonstrated the will to promote Nigeria’s economic development.

“The administration has continually infused support to the non-oil sectors to stimulate its diversification agenda,” he said.

Thomas said that the board had domesticated Buhari’s ease of doing business policy and had continued to sustain 7-day window for prompt film preview and classification in spite of challenges posed by the COVID-19 pandemic.

“The President empowered the board through capacity development and prompt release of funds to tackle the cankerworm of intellectual property theft.

“This contributed significantly to the seizure and destruction of over N1 billion worth of unapproved and unclassified films and video works,” he said.

The executive director said that to demonstrate more commitment to the developmental cause of the industry, the board would blacklist film producers and distributors who contravene the NFVCB Act henceforth.

“From Jan. 1, 2021, we shall only be dealing with duly registered and approved professional bodies in the industry under the three categories of : producers, distributors and exhibitors.

“This will be done to strengthen various guilds and associations and position them as recognised and approved organisations to give credence when accessing various palliatives, supports, benefits and to become formidable allies,” he said.

The commissioner for tourism, arts and culture assured film makers that the state would continue to improve on creating enabling environment for businesses to thrive.

She said that the existing MOU between LSFVCB and NFVCB would be reviewed to give room for clarity and guide against multiple taxation and over-regulation in the film industry.

She said that the 5th pillar of the T.H.E.M.E.S Agenda, the development policy of Gov. Babajide Sanwo-Olu’s administration, was entertainment and tourism, adding that this would be groomed in line with President Buhari’s ease of doing business policy.

“Practitioners are partners in our effort to ensure that Lagos state remains Africa’s leader in entertainment.

“The government is aware of the strain the COVID-19 pandemic has exerted on the industry and we are also aware of the biting issues of piracy, paucity of sufficient funds to drive growth, intellectual property theft, lack of comprehensive and auditable data to enhance informed business decision making.

“Also, that there is a yet to be concluded case on double-taxation and over-regulation of the industry which the Federal High Court decided against us on March 18, 2020, aside other challenges.

“All these and more are what will be forming the ingredients of the MoU that will be entered into with the Federal Government, through the National Film and Video Censors Board.

“You will agree with me that Lagos State understands the critical role the entertainment or creative industry plays in fostering socio-economic development through revenue generation, job creation, social and cultural cohesion and integration, mental health, therapeutic effects and many more.

“The governor has therefore marshalled solid plans to grow the creative industry and support entertainment hubs in Nigeria”.

Earlier, Daudu commended Gov. Sanwo-Olu over giant strides taken in the development of the entertainment and tourism industries.

Daudu also commended efforts of the film makers, noting that the industry was a force to be reckoned with.

He urged film makers to remain diligent and focus on their profession, assuring them of reaping the fruits of their labour.

“I appreciate the governor of the state and even the NFVCB’s executive director for convincing me on this sensitisation programme, it is truly worth it.

“God has deposited special talents in you all, I can see your passion and am going to give more support,” he said.

Nobody has my net worth in the House – Kiddwaya 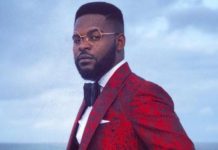