The Black Panther star passed away on Friday at his Los Angeles home with his wife, Taylor Simone, and other family by his side.

His family confirmed the beloved movie star’s tragic passing on Twitter and revealed he had first been diagnosed with stage 3 colon cancer in 2016 – two years before the release of his Marvel blockbuster.

The disease escalated to stage 4 over the last four years, his family said.

“A true fighter, Chadwick preserved through it all, and brought you many of the films you have come to love so much.

“From Marshall to Da 5 Bloods, August Wildson’s Ma Rainey’s Black Bottom and several more, all were filmed during and between countless surgeries and chemotherapy,” the statement said of the star’s private health struggle.

It continued: “It was the honor of his career to bring King T’Challa to life in Black Panther.

“He died in his home, with his wife and family by his side.”

The family concluded by thanking his fans for their support and prayers during this difficult time.

Chadwick‘s Marvel co-star Mark Ruffalo – who plays The Hulk – reacted to the devastating news on Twitter.

“All I have to say is the tragedies amassing this year have only been made more profound by the loss of #ChadwickBoseman.

“What a man, and what an immense talent. Brother, you were one of the all time greats and your greatness was only beginning.

“Lord love ya. Rest in power, King,” Mark, 52, ended with a nod to his Black Panther character.

“The true power of @ChadwickBoseman was bigger than anything we saw on screen.

“From the Black Panther to Jackie Robinson, he inspired generations and showed them they can be anything they want — even super heroes.

“Jill and I are praying for his loved ones at this difficult time,” the politician said.

The prominent actor was known for a number of roles – but most notably the lead in the Disney action-hero flick.

Black Panther’s sequel has reportedly already been filmed and is expected to be released in 2022.

He was also renowned for his performance of legend Jackie Robinson in the 2013 film 42 opposite Harrison Ford.

He also showed off both his acting chops and vocal talents as James Brown in 2014’s biopic Get on Up.

Prior to his death, Chadwick had not publicly spoken about his illness.

However, his passing comes following months of fans worrying for the Marvel star’s health after he was pictured with drastic weight loss.

In April, displayed his slimmer frame while picking up an Apple TV at Best Buy with his wife, Taylor Simone Ledward. 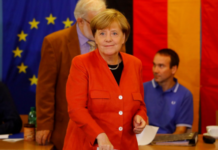 Germany plans to take in around 1,500 migrants from Greek islands 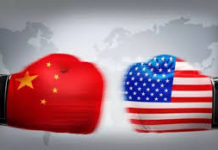 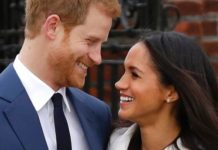