BIG Brother Naija Lockdown entered its fifth week on Sunday, August 16 after four weeks and 29 days of frills and thrills.

In the fifth week, 15 housemates got viewers’ talking and rooting for favourite housemates as Kaisha joins the growing list of evicted housemates that include Tochi, Eric, Ka3na, Lilo.

Unlike Tochi’s eviction that got tongues wagging, Kaisha’s eviction seemed expected as fans, viewers and even Kaisha expected the eviction.

Here is a quick recap of the fifth week of the reality TV show that kicked off on Sunday, July 19.

Kiddwaya takes over the house’s leadership

On Monday, August 17, Kiddwaya emerged the winner of the Head of House challenge, hence, collecting the mantle of leadership from his love interest, Erica. To announce his deputy, Kiddwaya was reminded that Erica can’t be chosen because she already held the position of HoH. Kiddwaya was left with one choice and he went for the calculative TolaniBaj. After three weeks of losing out on their wager and winning it in the third week under the leadership of Ozo, Kiddwaya exhibited plans to ensure a wager win in the fifth week under his leadership. To exert his authority, Kiddwaya had lashed out on housemates leaving Lucy and other housemates to revolt. He later ate the humble pie and apologised to the housemates.

Some of the 15 housemates left in the BBNaija Lockdown house for the fifth week have continued to win cash prizes between Monday, August 17, and Wednesday, August 19. Five housemates, Laycon, Nengi, Prince, Wathoni, and Praise, won themselves a total of N2 million in the Hawaii challenge. The five housemates shared the sum with each member of the team receiving N400,000 each

As expected, the fondness among the housemates keeps growing. After the exit of Lilo and Eric from the show, more bonds have been formed. However, the strongest of the Ships remain Neo and Vee’s relationship. The pair proved they were serious with one another when Neo sacrificed all his BBNaira for the week as well as a shirt just to secure a bouquet for Vee on her 24th birthday. Kiddwaya remains smitten with Erica all she has urged him to learn romance from Neo. Prince and Tolanibaj’s ship seems to be heading for the rocks fast as she opens up on how she has been discovering something new all through the week that points to their ship heading for rocks. Also worthy of mention is Bright O and Wathoni’s ship. The two seem to be starting something new as Dorathy seems to have taken a step back to allow the lovebirds to enjoy their time together. On Thursday, August 20, Bright O and were seen under the duvet discussing mutual likeness.

Erica and Wathoni have not been enjoying the best of time together. The warring housemates have failed woefully in sustaining friendship in the house. While Wathoni maintains that she can’t stand Erica’s gut, the former Head of House says she won’t force any relationship with the Kenyan-Nigerian housemate. While Erica has repeatedly told other housemates that she’s not bothered about Wathoni’s untold affection for Kiddwaya, Wathoni says Erica’s only problem with her is her insecurity over Kiddwaya.

Biggie goes on a secret vacation

In the fifth week, the Head of House, Kiddwaya, was asked to take over the affairs of the house as Biggie embarked on a secret vacation. The instruction came shortly after Kiddwaya emerged the Head of House on Monday, August 17. 27-year-old Kiddwaya and TolaniBaj were saddled with the duties of Biggie, who revealed that he will be going on vacation, hence, his voice will be missing in the house for the next few days. Biggie, however, instructed Kiddwaya to ensure that activities in the house are managed diligently and no housemate must know about Biggie’s secret vacation. To communicate with Kiddwaya, Biggie rings the house and Kiddwaya reports to the Diary room to get instructions on challenges and games. 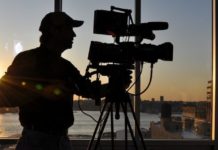 Sexual molestation: I stand with my husband – Lancelot Imasuen’s wife