The 12 APC members-elect of Edo State House of Assembly not earlier inaugurated have taken oath of office at a parallel sitting somewhere in town and assumed legislative duties.

The 12 new members along with 5 others have impeached the Speaker Frank Okiye and his Deputy Roland Asoro who are PDP lawmakers and loyal to Governor Godwin Obaseki.

There has been heavy security presence since the early hours of the morning at the Edo State House of Assembly complex following reported moves by the APC lawmakers to hold the parallel plenary there.

Meanwhile, the Edo State Government on Thursday commenced renovation of the House of Assembly complex about two months after lawmakers relocated plenary to Government House when some staff contracted the Covid-19 infection. 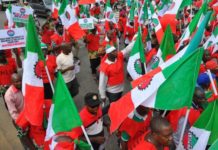 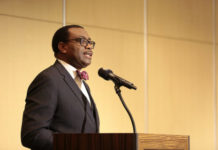 BREAKING: Adesina sworn-in for another term as AfDB President

Actor chadwickboseman, who played T’Challa in “Black Panther” has reportedly passed at age 43, after a long battle with colon cancer.