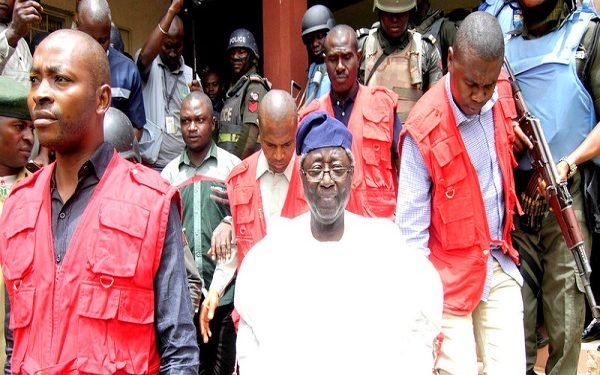 Messrs Jang and Pan were first arraigned in June 2018 by the Economic and Financial Crime Commission (EFCC) on a 17-count charge bordering on misappropriation of funds, criminal breach of trust and corrupt advantages.

The anti-graft agency alleged that the offence contravened the provisions of sections 315, 309, 19 and 22(5) of the Penal Code Law and Corrupt Practices Act 2004, (as amended).

“My Lord, we can’t continue with the hearing of this case today because of the Sallah Public Holiday declared by the Federal Government, which invariably affected our plans to bring our witnesses and proceed with the case,” Oluwatuse Mese, the Prosecution Counsel averred.

“Our plan was to bring our witnesses and take the two days July 29 and July 30 for them to testify before this honourable court, but for the holiday, we have to apply for another adjournment.

“In view of the public holiday that has consumed one of the days, we hereby apply for an adjournment to enable us prepare to prosecute the case proper, ” Mese pleaded.

Responding, counsel to Jang, Edward Pwajok, SAN, and counsel to Pam, Sunday Oyawole, did not object to the application for adjournment.

Newsmen report that the case was on June 24 adjourned after the two accused were arraigned afresh after the case came up in de-no-vo following the retirement of Justice Daniel Longji on Dec. 29, 2919.