The operatives of the Niger Police Command have trailed and arrested one Patience Roberts at Maraba in Karu Local Government Area of Nasarawa State for impersonation.

The Niger Commissioner of Police, Alhaji Adamu Usman, disclosed this in an interview with newsmen in Minna on Saturday.

Usman said that Patience always introduced herself to her victims as Deputy Superintendent of Police attached to EFCC Headquarters Abuja.

According to him, the suspect specialised in defrauding unsuspecting members of the public in the pretence of securing job appointments for them in the federal agencies.

The commissioner said that over N2.7 million was allegedly collected by the suspect from her victims.

Usman, however, advised members of the public to always be careful with people they deal with before they part with their money.

He said that the suspect had since been charged to court. 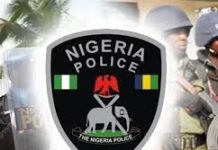