Lagos State Government has assured there is nothing to fear over purported danger posed by 5G technology to their health.

It declared controversies over the technology were unnecessary.

The Commissioner for Science and Technology, Mr. Hakeem Fahm, disclosed these at the 2020 Ministerial press briefing, commemorating the one year in office of the Sanwo-Olu led administration.

He added the state was fully committed to leading in ICT for greater good of Lagos State and the country.

“With 5G we are talking about increase in capacity, whereby if you take a movie a two hour movie it can be downloaded in matter of ten seconds. 5G is highly efficient and highly desirable you will be able to do more with less.

‘’In terms of the safety, World Health Organisation conducted studies on the electromagnetic radiation coming out of all the networks and finally they came out with a report that there is nothing wrong with all these wireless technology. Wireless is safe.’’

He disclosed the upgrade optimises the current network to reliably and securely support new and existing applications and devices.

Fahm noted that the main objective of the optimization is to increase network availability, performance and security of the LASG Campus Enterprise Network while at the same time stabilising its ICT environment for a smarter Lagos.

According to him, this improved online solution, innovated the first ever virtual meeting by the Lagos State Executive Council in the history of governance in the state and country.

He highlighted the meeting was held via Zoom, a free HD meeting application with video and screen sharing for up to 100 people.

He added to ensure public services are delivered despite the overwhelming population the state is faced with, the state recently launched two aerial Unmanned Aerial Vehicles (UAV), commonly called drones which would help in digital mapping and accurate planning, in line with the State’s vision of achieving a smart city status. 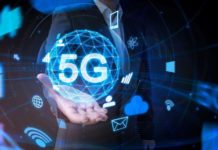 UAE plans to land spacecraft on moon in 2024

Facebook Launches “My Digital World” to boost literacy in Africa

Morocco launches fleet of drones to tackle virus from the sky