Crisis appears to be brewing in the National Assembly over the alleged tenure elongation for the Clerk and other senior staff by the immediate-past National Assembly Service Commission (NASC), it was learnt yesterday.

The Bill as passed shows that the years of service for civil servants in the National Assembly was moved from 35 to 40 years while the mandatory retirement age upped from 60 to 65 years.

It was learnt that the content of the Bill as passed by both chambers during the 8th National Assembly was being implemented without having been signed into law by the President as required by law.

It was claimed that the Clerk was born in June of 1961 and allegedly got into the Civil Service in February 1985, but he is now expected to stay for additional five years based on the amended service rules of the National Assembly and despite already attaining the compulsory 35 years in service.

The Clerk according to one of the documents, was alleged to have been the Legal Officer of the Ajaokuta Steel Company in 1985, before he transferred his services to the National Electric Power Authority in 1989.

He was said to again allegedly moved his services to the National Assembly in February, 1991 as a Principal Legal Officer on Level 12.

A source argued that the Clerk ought to have proceeded on retirement leave last year, but has remained in office despite the fact that those who joined the Civil Service in February 1985 had already retired.

“You were all part of the 8th National Assembly and we are sure you witnessed how this amendment was secretly effected increasing the retirement age of National Assembly staff from 60 to 65 years and years of pensionable service from 35 to 40 years, contrary to civil service rules,” the source added.

It was further learnt that the Senate President, Ahmad Lawan and Speaker of the House of Representatives, Femi Gbajabiamila, who are allegedly not comfortable with the situation have requested the chairman of the National Assembly Service Commission (NASC), Ahmed Kadi Amshi, to investigate the circumstances surrounding the amendment of the service rules. The Commission would meet after the Sallah festivities over the request of the Presiding Officers.

The Director of Information, National Assembly, Emmanuel Agada, in his reaction, said the amendment of the service rule is not a Bill and does not require a presidential assent to be effective.

He noted that the rules applicable to civil servants don’t apply to National Assembly staff. He said the staff are regarded as public servants, adding that the Parliament is an independent arm of Government. 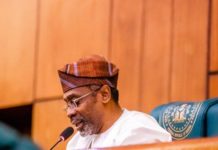 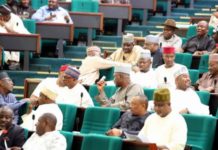 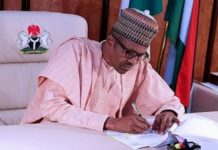 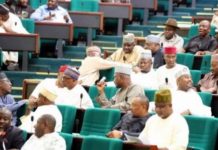