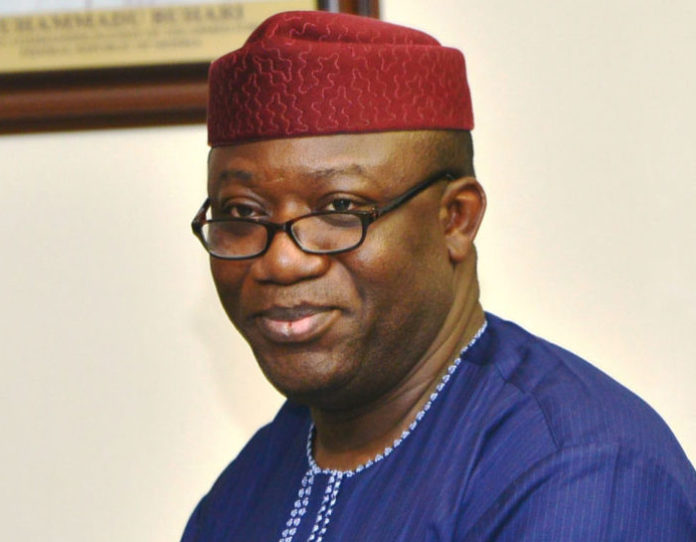 The report of the panel of inquiry set up by the Governor of Ekiti State, Dr. Kayode Fayemi to investigate the suspected bomb explosion which occurred at the Police anti-bomb unit in the Old Governor’s Office, Ado-Ekiti, the state capital, was likely caused by human factor.

The State’s Attorney-General and Commissioner for Justice, Mr. Olawale Fapohunda who led other members of the panel said the findings revealed that no life was lost in the incidence but “there is high possibility of human factor in the incidence.”

He made this disclosure on Tuesday while submitting the report of the panel to investigate the remote and immediate cause of the incident to Governor Fayemi at his office in Ado-Ekiti.

The incident occurred on February 8, 2020 at the Ordinance Explosive Disposal Department (EoD) of the Ekiti police command located within the premises of the Old Governor’s Office.

The bungalow apartment of the EoD office was turned into rubbles while the adjoining offices that housed the Ministry of Local Government and Chieftaincy Affairs, the Office of the Nigerian Union of journalists, Correspondents’ chapel, Ekiti chapter were badly affected.

The Attorney General disclosed that the building housing the unit was completely destroyed and the anti-bomb unit reduced to rubble.

He added that the explosion damaged two vehicles and adjoining offices were partially damaged with the police medical clinical unit severely affected.

The reports recommended that the anti-bomb unit be temporarily relocated to an isolated area pending when a purpose-built office would be provided.

Receiving the report from the panel, Dr. Fayemi assured that the involvement of human factor as reported by the panel would be critically looked into adding that maximum measures to avert future occurrence would be immediately put in place.

He promised that Government would quickly set up a committee that would examine the recommendations of the panel and come up with implementation strategies with a focus on the person that suffered a hearing impairment, the police clinic, relocation of the anti-bomb unit as well as integrity test of the structures affected by the explosion.

The Governor said the report would be made available to security institutions in the country to avert the reoccurrence of such incidence in other states. He described the anti-bomb unit as a critical aspect of the security architecture of the Country.

The Governor said; “Let me thank you immensely for the comprehensive work done on this unfortunate incident, even though we recorded no loss of life, nonetheless extensive damage was done to a number of public infrastructure and police facilities just as you outlined in your report.

“Government shall comprehensively study the report especially the one that requires immediate measure, like the person that suffered a hearing impairment, the police clinic, relocation of anti-bomb unit and integrity test of structures affected by the explosion.

“The Public building department of the Ministry of Works has conducted a survey on buildings affected by the explosion and submitted a report to me without prejudice to your recommendation but now that it has been explicitly stated in your report.

“I hope the report itself will not only be available to us here but should be made available to other security institutions, Inspector General of Police, The Department for State Services to avoid the reoccurrence of such in other States.

‘I am prepared to keep Abia safe from coronavirus’