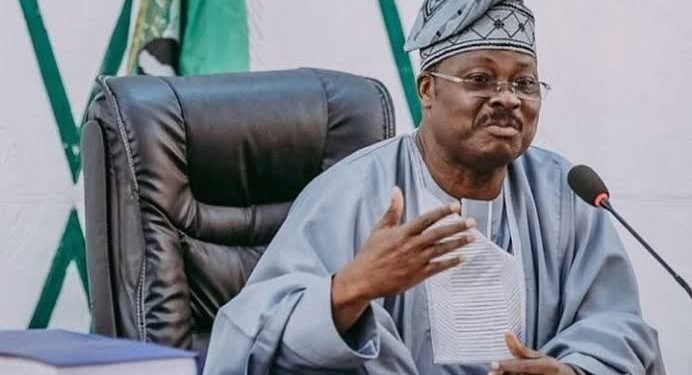 The Chairman of the National Lottery Regulatory Commission, Alhaji Fatai Ibikunle, has described as untrue the claim in a paid advertisement that he has left the All Progressive Congress (APC).

While calling on stakeholders to join hands with leaders of the party in the ongoing efforts to reconcile aggrieved parties, Ibikunle said the paid advertisement sponsored by some politicians that served in the former Governor Ajimobi administration was capable of fuelling the crisis in the party. He said this is not in the interest of the ordinary members and core progressives whose political lives are tied to APC.

As a loyal party man, Ibikunle urged those behind the allegations to see the results of past elections in his  unit, ward and local government, which he noted was far better than the results in the polling units of those accusing him.

Ibikunle, one of the founders of APC in Oyo State, said the promotion of hate, lies, character assassination and other destructive tendencies by those who had benefited massively through the party were wrong, wicked and a deliberate attempt to deprive the young ones in the progressive fold the opportunities of realising their political goals.

Fielding questions from reporters in Ibadan, Oyo State capital, Ibikunle maintained that he had never at any time left  All Progressives Congress, contrary to insinuations in a paid advertisement sponsored by some prominent politicians that served in the last administration.

The Ibarapa-born politician declared that he had never for just one day joined or worked for any other party than that of the late Alhaji Lam Adesina and Asiwaju Bola Tinubu since the beginning of the Fourth Republic, unlike many of those peddling falsehood, whom he said, were  turncoats,  notorious for jumping from one party to the other, without any consideration for composition or ideological leanings of such parties.

Ibikunle also described as “ most wicked and evil” allegation that he collected money from Senator Soji Akanbi to step down for him in the last election stating that he had never and would never engage in such an act and challenged anybody with any evidence of such to bring it out.

“In all my political life, I have maintained a very decent and clean posture and that is why all the leaders I had worked withhold me in very high esteem. Without being immodest, I can say categorically that the immediate past Governor benefitted immensely from my hard-earned reputation and integrity, in securing our party’s tickets and winning his two gubernatorial elections.

“As a loyal, committed and totally dedicated member of the APC, I used all in me to work for the party in my ward and local government in all the elections and my results which are far better than the results of our party in the polling units of those accusing me falsely, are public information which anybody can verify. I did all this, in spite of the neglect, dispossession and persecution I and my followers suffered in the hands of the then Governor. Anyway, unlike them, I am not known for greed, callousness and self-centredness.

Now, having lost undeservedly in the last general elections, the former PA to late Lam Adesina said: “What all of us, the leaders of the party should be concentrating on is how to achieve genuine reconciliation, serious pacification of the aggrieved ones. What I expected from the immediate past governor and our leader is some level of soberness and expression of genuine apologies to those he had either by commission or omission held down in the last eight years.

“You asked people to buy nomination forms to contest for chairmanship and councillorship primaries and  because of their firm belief in you and your leadership these people went ahead selling their property, their heritage, spent all their live savings and even borrowed money only for you to jettison primaries and unilaterally picked only members of your faction. Is that fair? Is that how to lead?  What is progressive in that? Many of these people’s lives have been permanently ruined and yet no words of succour from Senator Ajimobi.

“I am a progressive to the core and my primary interest is to see that our great party, the All Progressives Congress regains all that we lost in the last general elections. My appeal to all the leaders is to always be mindful of the interests, the future of the young ones following us. We should not because we have acquired so much for ourselves and families; attained the unprecedented in governance and politics and now destroy the party. This is just like someone trying to destroy a stream after fetching enough water for himself and family.

“Together with like minds, I have been reaching out to the aggrieved members and to the glory of God, the response has been amazing. We are rebuilding and re-engineering the party. My appeal is that our Egbon and former Governor to join us in assuaging the aggrieved members so that we can all be on the same page “Alhaji Ibikunle, said. 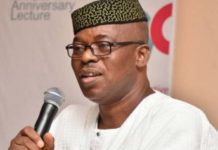 Segun Oni: Why I returned to PDP 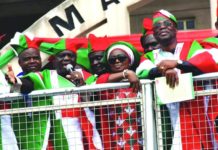 APC warns PDP to mind its business over Zamfara case