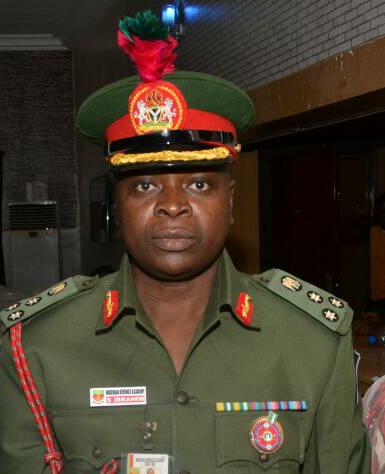 Federal High Court in Lagos presided over by Justice Ayokunle O. Faji on Friday, February 7, 2020 fixed Tuesday, April 7, 2020 for judgment in a suit seeking the removal of the Director-General of the National Youth Service Corps, Brigadier-General Shuaibu Ibrahim.

Lagos-based lawyer and rights activist, Inibehe Effiong, had dragged President Buhari, Nigerian Army, Chief of Army Staff, NYSC, Brigadier General Shuaibu Ibrahim and the Attorney-General of the Federation, Mr Abubakar Malami (SAN), in suit number FHC/L/CS/764/2019 before the court over the appointment of the new NYSC DG by the Chief of Army Staff last year.

In his originating summons filed on May 9, 2019, Effiong asked the court to determine “whether in view of the extant provisions of Section 5 (1) of the National Youth Service Corps Act, Cap. N84 Laws of the Federation of Nigeria 2004, any other authority or person outside the President of the Federal Republic of Nigeria can validly appoint the Director-General of the National Youth Service Corps.”

The lawyer also asked the court to determine “whether having appointed the Director-General of the National Youth Service Corps in total violation of the provisions of Section 5 (1) of the National Youth Service Corps Act, Cap. N84 Laws of the Federation of Nigeria 2004, the Chief of Army Staff and the Nigerian Army, have not acted ultra vires their powers under the Armed Forces Act.

In his 27 paragraph supporting affidavit, Effiong accused the Nigerian Army and Chief of Army Staff of usurping the powers of the President when they appointed the NYSC DG in violation of Section 5 (1) of the NYSC Act that vested the power to make the appointment exclusively in the President of Nigeria.

He said that the Acting Director of Army Public Relations, Colonel Sagir Musa, had on 26th April, 2019 announced that the appointment was made by Major-General Buratai in consultation with the Army Authorities as reported in the media.

He therefore asked the court to declare that the appointment of Brigadier-General Shuaibu Ibrahim by the Chief of Army Staff was illegal, null and void and that same should be set aside by the court.

But when the case came up for hearing on Friday before Justice Faji, Effiong who appeared for himself insisted that the evidence before the court shows that it was Burutai, and not Buhari, that made the ‘illegal’ appointment.

He argued that though the defendants made references to letters in which they claimed the President appointed the NYSC DG, none of the purported letters was brought or exhibited in court.

He therefore urged the court to apply the provisions of Section 167 (d) of the Evidence Act, 2011 and to hold that the defendants withheld the documents because it is against them.

On the issue of locus standi, Effiong drew the attention of the court to a recent decision by a full panel of the Supreme Court in the case of Centre for Oil Pollution Watch V. N.N.P.C (2019) 5 NWLR (PT. 1666) Page 518 where the Apex Court held that public spirited citizens and NGOs now have the locus standi to institute public interest cases.

Mr U. F. Gobir, a lawyer at the Federal Ministry of Justice in Abuja represented Buhari and Malami, Mr Jemiluyi Samuel represented Burutai and the Nigerian Army, Mr O. P. Omuru from the legal unit of the NYSC represented the NYSC and Brigadier General Shuaibu Ibrahim.

After listening to arguments from all parties in the case, Justice Faji adjourned the case to April 7, 2020 for judgment. 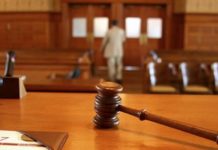 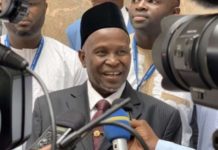 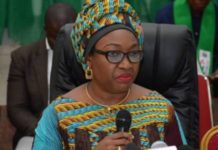