Face of Democracy Nigeria (FDN), has honoured 20 Nigerians for their contributions to the development of humanity and the nation, with Mr Ojong Agbor receiving the Young Influential Politician of the Year.

The award was given to them on Thursday at the 7th edition of Africa-Nigeria prestigious “Democracy Heroes Awards” organised by FDN in recognition of their contributions to the development of humanity and the nation.

The awardees were decorated across public and private sectors for making earnest and positive contributions to the growth of democracy in Nigeria and Africa.

In his reaction, Sen. Onor Sandy a People’s Democratic Party (PDP) stalwart in the state, particularly commended the organisation for recognising Agbor among others.

He described Agbor as a young man known for upholding unrivalled ethical standard for peace, nation building and displaying unequalled simplicity and integrity with deep loyalty to mankind.

The senator said that Agbor was a role model for the youths and had encouraged others to live a responsible lifestyle.

“It is a beautiful award to a great and promising young politician, with a lot energy and a great vision for today and tomorrow.

“We are very proud of him, we enjoy his constructive  approaches to politics, some which are not very formal but yield good results and we are here to give him support.

“He should keep his head down as we expect more awards to come and more laurels because at the end of the day humility pays and allows you to go far and do greater exploit,” he said

“What is beautiful about today is that Cross River is recognised through his award, Agbor was voted for and won the prestigious award; we are proud of him,” he said.

He described Agbor as one of the new generation leaders who played a role of leadership among the youth, urging others to emulate him.

Also Mr John Lebo, a former Speaker of the Cross River State House of Assembly said that Agbor was a product of Cross River representing the young generation that relates well with the leaders.

“The award is very obvious, he is a young entrepreneur; he has done well in farming and other activities offering a lot of opportunities to the youths, he has done a lot in the youth council.’’

Lebo also commended the Gov. Ben Ayade of Cross River for creating conducive environment for the growth of young politician like Agbor.

Responding to the encomiums, Agbor said he was humbled by the award, dedicated it to the youths in the country.

“I am ready to do more and contribute meaningfully to the development of the youths and Nigeria as a whole,’’ he said.

The organiser and President of the FDN, Mr King Fajag said that the 7th edition was historic.

“This is one of the most anticipated time of the year in our country when we award personalities and government officials who we believe contributed to the development of the country’s democracy.

The theme of this year’s award is “Re-ignite the creation of our nation’’ .

“We have gone through nomination and votes and ensure that the personalities nominated and voted for actually deserved the award,” he said. 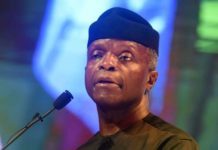 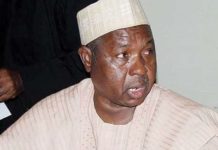 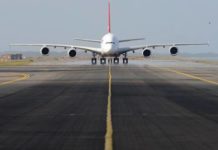 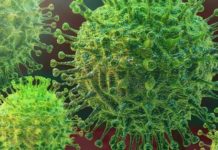 Coronavirus and their Excellencies 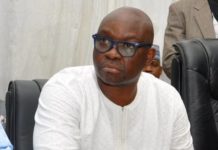 Benue discovers 40 men in one room in Makurdi