Ministries, Departments and Agencies (MDAs) are to appear before Committees of the Senate this month to defend their voted in the 2020 Budget, Senate President Ahmad Lawan said on Tuesday.

Lawan stated this at the presentation of the budget by President Muhammadu Buhari during a joint session of the National Assembly on Tuesday.

He said for timely passage of the budget, all MDAs should appear before the committees for the defence within this month.

“We have earmarked the month of October to be the sole window for all budget defence activities in this year by all MDAs.

“Our committees will be expected to conclude their work on budget defence within October 2019.

“The subsequent necessary legislative work will be carried out in November and December leading to eventual passage before December 31.”

Lawan said that the presentation of the budget marked another day of exercising the constitutional obligations and mandates by both the legislature and the executive as provided for in Section 81 of the 1999 Constitution.

“This function being the first in the Nineth National Assembly, makes it even more significant as both the legislature and the executive have demonstrated readiness and commitment to work together in order to pass the 2020 budget in a good and desirable time.

“Clearly, this effort is to enable the Federal Government provide those laudable objectives of physical infrastructure and socio-economic services to our citizens,” he said.

He further said that the public and the private sectors needed a reliable and predictable budget cycle for the planning and execution of fiscal and financial policies and programmes.

“It is therefore, necessary that the present cycle is changed to January-December.

“In this regard, the national assembly and the executive must work together to ensure the realisation of the important objective.”

Lawan said that the National Assembly, after the receipt of the budget, would swing into action to start work immediately.

He said: “Both chambers of the national assembly have constituted their committees, we are therefore, ready to start processing the budget.

“The National Assembly will treat the 2020 budget with the same commitment or even more.

“In our effort to pass the budget, we will also be guided by the legislative requirement of a thorough scrutiny,” Lawan said.

The President of the Senate also promised that the National Assembly would fast track the amendment of the Public Procurement Act 2007 to ensure effective and efficient budget implementation.

He said that over the years, the public procurement process appeared to be encumbered by a lengthy bidding process and inadequate mobilsation of funds among other limitations of the Act as amended.

“These tend to delay execution of government programmes and projects, or even stalled achieving the execution.

“The national assembly will fast track the amendment of the Act to ensure effective and efficient implementation of our budgets.”

He said that the assembly would ensure that the Federal Government was better enabled to provide enhanced security for protection of lives and property of Nigerians.

“We will also ensure an improved and revitalised economy that is all inclusive; able to create and sustain employment opportunities for our teeming youths; taking Nigerians out of poverty to prosperity and sustainable development.

“The budget estimates would remain what they are, estimates, until we are able to generate and receive the necessary revenues to fund and foot the bills.”

He assured Buhari of the readiness of the Assembly to partner with the administration to achieve all the goals and targets of taking Nigeria to the `Next Level` of development and prosperity. 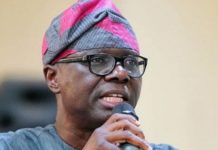 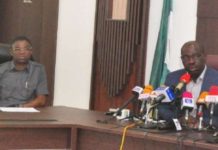 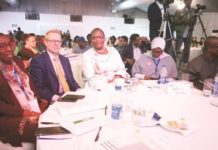 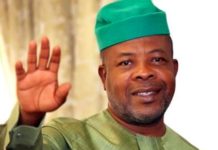 Why I sought review of Supreme Court judgement, by Ihedioha