The Katsina State government yesterday announced plans to tackle yellow fever outbreak in the state, with 36 cases already reported in two LGAs of Danmusa and Kankara.

The Permanent Secretary, State Ministry of Health, Dr. Kabir Mustapha, who made the above declaration at the flag-off ceremony of Yellow Fever Preventive Mass Vaccination Campaign held in the state capital, said seven million people in Katsina State are expected to be vaccinated, which translates to about 87% of the state’s population.

He called on traditional and religious leaders to continue engaging with their communities to guard against vaccine refusal and hesitancy, as the state government is committed to strengthening the health system and improving healthcare delivery to meet the yearnings of the people.

Meanwhile, the Executive Secretary, Katsina Primary Health Care Agency, Dr. Shamsuddeen Yahaya, has allayed fears about the yellow fever outbreak, assuring that with supportive care which is required to treat dehydration, respiratory failure, and fever; alongside with other antibiotics that are recommended to treat associated bacterial infections, there is no cause for panic.

NMA: Nigerians may suffer if governors take over coronavirus management 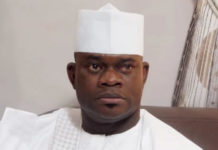 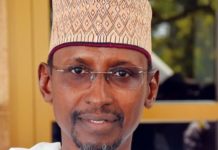