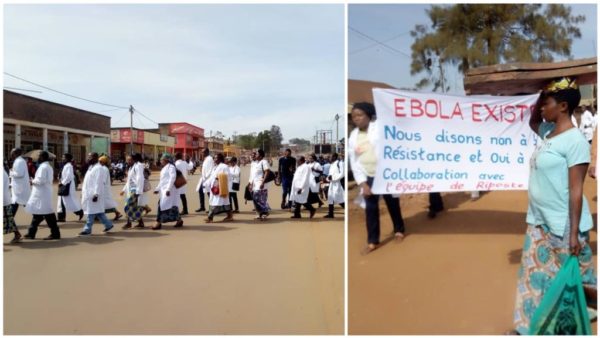 Two of four Ebola treatment drugs have been determined “more effective” than the others and will be the only ones used on patients going forward, the World Health Organisation (WHO) has announced.

WHO announced in a statement that two of the four Ebola treatment drugs were determined more effective in treating patients than others in a trial which began as part of the emergency response in the Democratic Republic of Congo on Nov. 20, 2018.

The trial was called the Pamoja Tulinde Maisha study.

ZMapp, remdesivir, mAb114 and REGN-EB3 were the four drugs used in the trials. During trials, REGN-EB3 and mAb114 were determined to be more effective in treating Ebola than the other two, and will be the only two used going forward, the National Institute of Allergy and Infectious Diseases announced in a statement.

As part of an emergency response team in the Congo, the “Together Save Lives” trial was done with a collaboration of organisations, including the Congo’s National Institute for Biomedical Research, the Ministry of Health, the NIH’s National Institute of Allergy and Infectious Diseases, the Alliance for International Medical Action and other organizations.

Although the final analysis of data will be completed in late September or early October of this year, the NIAID said the effectiveness of REGN-EB3 and mAb114 was “compelling enough to recommend and implement” the changes immediately.

The other two treatments, ZMapp and remdesivir, will no longer be used.

According to the CDC, Ebola is a virus that is transmitted through direct contact with bodily fluids of someone infected with the virus or who has died from it, or through blood, body fluids or tissues of infected fruit bats or primates.

Currently, there is no approved vaccine or treatment for the virus, so prevention is crucial, the CDC states.

Trials like “Together Save Lives” have been introduced in areas like the Congo during outbreaks to test what treatments may be most effective for infected patients.

Just under a month ago, the Ebola outbreak in Congo was declared a global health emergency.

As at Aug. 6, there have been 2,781 reported cases of Ebola in the country, according to the WHO.

There have been 1,866 reported deaths as a result of the virus. 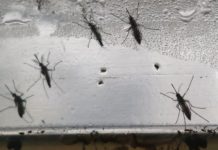 Why malaria still infects millions of people every year