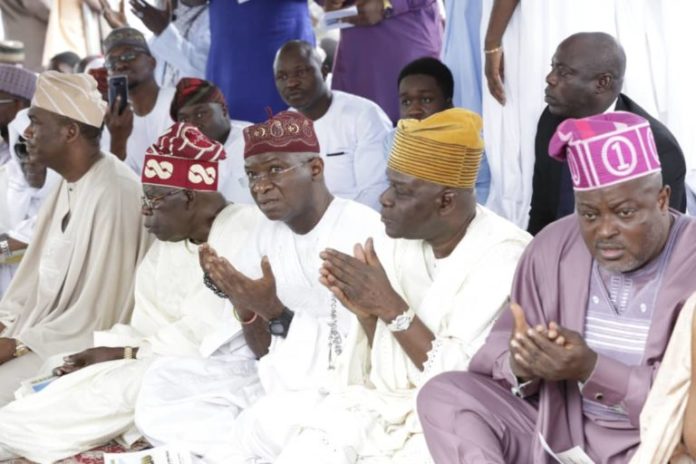 National Leader of APC Bola Tinubu,  Minister-Designate, Babatunde Fashola and other politicians have told Nigerians to overcome their divisive tendencies and unite to build a stronger nation.

Tinubu, Lagos State Deputy Governor Obafemi Hamzat and other leaders, including the Speaker of the Lagos State House of Assembly, Mr Mudasiru Obasa, made the call on Sunday in their messages to Nigerians.

The politicians spoke to newsmen after the Eid-el-Kabir prayers they observed at Dodan Barracks in Ikoyi, Lagos.

Tinubu said that Nigerians should learn to embrace peace, demonstrate love, eschew hate and be tolerant of one another.

“Differentiation and stagmatisation is not going to help the country at this stage of our life as a nation.

“What today teaches is all about sacrifices that we all must make, to really have our prayers answered.

“Yes, if we say things are hard, it means we will  work harder to make it better, not to destroy what our founding fathers have done and put together in the spirit of one nation and one destiny.”

He advised Nigerians not to forget the part of the first stanza of the old nation’s national anthem which states:   “Though tribes and tongues may differ, in brotherhood we must stand”.

Also speaking, Fashola described the season as the time to come together as a people and make sacrifices for the development of the country.

Fashola, a former governor of Lagos State said: “this is the time to come together in the spirit of the season.

“This is the time to sacrifice, to get behind our leaders and to come together among ourselves to build our country and make it what we expect it to be.”

On his part, Hamzat reiterated the message of the Chief Imam of Lagos State, Sheikh Sulaiman Abou Nolla, on ending the security challenges facing the country.

“So, if anybody says Allah Akbar and you kill somebody, it’s either you are insane or you don’t understand Islam. Islam is a religion of peace.

“So, the message to all Lagosians and to Nigerians is that we must live peacefully. All the religions–Christianity, Islam preach peace. We should live in peaceful environment.”

According to the deputy governor, without peace, no progress and development can be achieved by anybody.

“So, the fundamental thing is peaceful co-existence among all of us whether Yoruba, Hausa, Igbo or whatever.

“All of us are Nigerians. We must live in peace and we must unite as a people,” Hamzat added.

Obasa on his part, called on Nigerians to make sacrifices for the nation to move forward.

“We must love one another and help each other. I believe if we live in tolerance, definitely, we will be able to build a nation of our own.” 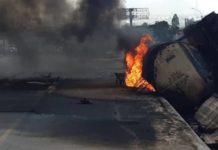 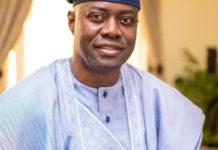 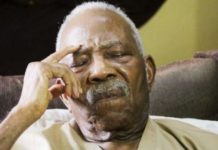 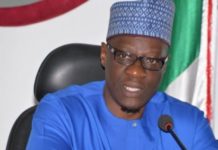 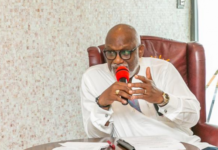 Why We’re Yet To Pay Striking Doctors –Ondo Government 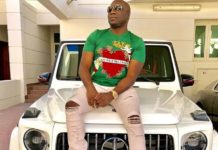