The Minority caucus of the House of Representatives, has  called for the release of  political activist, Mr Omoyele Sowere, in the spirit of Eid-el-Kabir celebration.

In a goodwill message to Muslims on the celebration, the Minority Leader, Rep. Tony Elumelu, said although the challenges facing the country were enormous, they could be surmounted if government rallied all Nigerians to work together as one people.

Sowore, the 2019 Presidential Candidate of  African Action Congress (AAC), was arrested and detained for organising the ‘RevolutionNow’ protest to demand for major reforms in the country.

“The house minority caucus felicitates with Muslim faithful at Eid-el-Kabir, we call on our Muslim brothers and sisters to use the occasion of Eid-el-Kabir to pray for  peace and wellbeing of our nation.

“There is need to reflect on and imbibe the exemplary legacies of Prophet Mohammed, especially his life of love, forgiveness, and sacrifice.

“In the same vein, we urge President Muhammadu Buhari to order the release of Sowere, in the spirit of Eid-el-Kabir and in deference to democracy,” Elumelu said.

He noted that Nigeria was facing enormous economic and security challenges and urged the Federal Government to direct attention, energy and state resources toward surmounting them.

Elumelu said the expectation was that the government would rally Nigerians across political, religious, and ethnic divide to work as one people to deal with the challenges.

He called on Muslims to pray for peace and security in the country and to imbibe qualities of peace, forgiveness and sharing as practised by Prophet Mohammed. 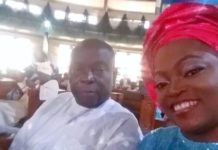 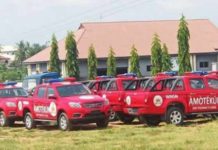 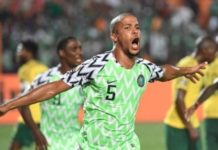