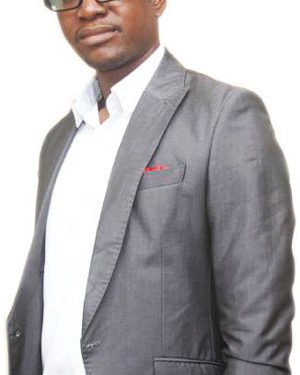 Maxwell Nzekwe is the General Manager, Voidant Broadcasting Limited, a media technology company and owners of eventstracer.com, an online event industry hub. In this Interview with Medinat Kanabe, he talks about how his company supports small businesses and their recent partnership with the Silverbird Group.

For Maxwell Nzekwe, the Cisco, IBM, and Bloomberg Media trained engineer, applying his Information Technology, Media and Project Management skills in digitalising Nigeria’s event industry through the launch and development of eventstracer.com was probably the best decision he ever made.

The digital native who holds a degree in Information Technology and an MBA has strong interests in the growing of SMEs through the deployment of technology to reduce their costs which can help them build, scale and enhance their distribution capacity.

Justifying his passion for start-ups, he said, “My certification gave me an opportunity to work in many national and international organisations before I became an entrepreneur. The last place I worked was where I discovered a gap in the media and technology industry before I went into entrepreneurship. I discovered that small businesses do not get the awareness they are supposed to get and most of the aspects of the economy are being powered by these small businesses.”

Nzekwe who kept researching later discovered that small businesses, especially those within the social ecosystem, tend to operate independently, hence his company decided to create a platform for all the stakeholders in the event industry so that they can come together.

The University of Nigeria, Nnsuka graduate who said he has since seen a huge potential in the future of SMEs, disclosed that he had no qualms at all about lending his support for the sector as he notes that it can guarantee huge return on investment (ROI) in it.

“The ROI is massive and the impact on the economy is visibly felt in a positive way,” he says as he added that the Piggybank.ng recorded a staggering savings growth of 3000% from 2016 to 2017.

According to him, there is no arguing the fact that SMEs can become the backbone of any economy. “They account for more than 90% of all firms outside the usual white-collar jobs, constituting a major source of employment. Empirical reports have also shown that about 70% of the industrial employment in Nigeria is held by SMEs and more than 50% of the Gross Domestic Product is generated by SMEs.”

He advised that startups should engage more in the services and agricultural sector because these sectors according to him are growing at an exponential rate.

According to him, “If SMEs in Nigeria are given all the support they need in terms of their frame work, Capital, Health, Insurance, Technology, Training and most importantly Awareness (CHITTA), in the next five years, there will be massive development in all sectors of the Nigerian economy. “Government has done well by injecting about N1trillion into the sector and we hope this takes SMEs to the next level in the next five years.”

On his partnership with Silverbird Group, he said his company found out those small businesses require CHITTA as a matter of course.

“Small businesses lack capital, they hardly care about their health, they need training and insurance and they need awareness. After we discovered that they need all these, we thought about the best people to work with, so we settled for Silverbird Group. That’s why we went to them to see if they will partner with us and they agreed. This is what gave birth to the Silverbird Small Business Events Circuit which will run for eight months and everything surrounding the CHITTA will be provided for the chosen SMEs.”

Although the Nigerian government is trying to help SMEs grow, Nzekwe while responding to a question on how diverting SME funds can be curtailed said it is part of the problem they hope to solve with the platform.

The fear of not surviving is one of the reasons many Nigerians have not embraced SMEs, Nzekwe argues matter-of-factly, noting that the government can make them begin to want to become self-employed.

“The CHITTA frame work captures all the ways that the government can help. Therefore, this should become the primary focus. Provide the enabling environment and you will be surprised at what our youths can do. A lot of startups die a natural death by the third year because they lack the proper support on how to run a business. Therefore, a lot of people shy away from starting a business for fear of failure,” he noted.

The General Manager who says once you provide a service that solves a problem, you can be sure of becoming financially independent overtime said companies like Wangaru food, Techpoint, and CAR45 are doing very well.

Nzekwe spoke about Voidant broadcasting, a media tech company that his organization runs for SMEs. He said they have a studio where they hold all their production. “We have pride TV for small businesses where we give them the publicity they require to grow.  The platform where we disseminate our content is Voidant Wire Services (vwsng.com), a small business news service that gives small business owners ideas on how to run their businesses. If you visit our site, you will see that we have packaged programmes that will help these small businesses.

“For example, if you want to start up a saloon, you will see everything you need to start and how to start and if you don’t know the type of business to go into, if you visit the site, you will have an idea of what to go into. You will also hear stories of people who have done it before and how they succeed.

“Those who are working as well, if they visit the page, they will see a side hustle that they can get involved in aside their salary job.”

On how many entrepreneurs he has brought to the show so far, he said he cannot really say because they are a lot adding that it is so because they do not pay for it. “We are helping them create the awareness they need,” he said.

For someone who studied biochemistry, and is now focusing on helping SMEs, The Nation asked what the relationship between the two are?

Responding, he said during his first degree, he discovered he has a flare for entrepreneurship and the flare for technology. “Back in school, people didn’t have e-mail accounts so they go to cybercafés to pay and open an e-mail, that was in the early 2000.

“What I did then was to start helping people open their e-mail addresses, even students in the engineering department were not left out. I also helped them do research for their projects; I may be at the café all night making research and I was making money a lot.

“I had to change my mind and concluded that I could do it better if I study computer engineering after my first degree. I worked with IBM afterwards and gained so many insights about how these things work and here I am today.”

The Bloomberg fellow who resigned to set up shop had to reject other juicy job offers just to be able to run his enterprise.

“It was not easy, in fact, sometimes I wonder how I want to help others to succeed when I myself I am going through a lot of stress. If it is not something I am doing with passion, I would have left because before now very juicy offers came from different companies and I had to resist them; some were really tempting as I have never made the amount of money that they are ready to pay in a month before, but I had to refuse them.”

Speaking about the challenges confronting small businesses, he said the major challenge is capital, adding that with all the money released for SMEs yearly they are still struggling because the money still gets to the wrong hands. 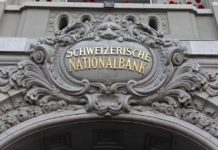 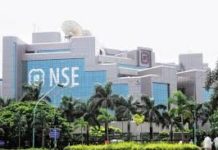 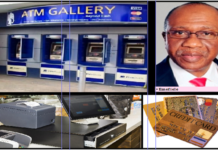 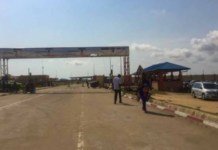 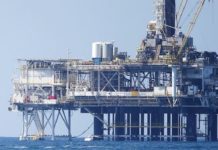