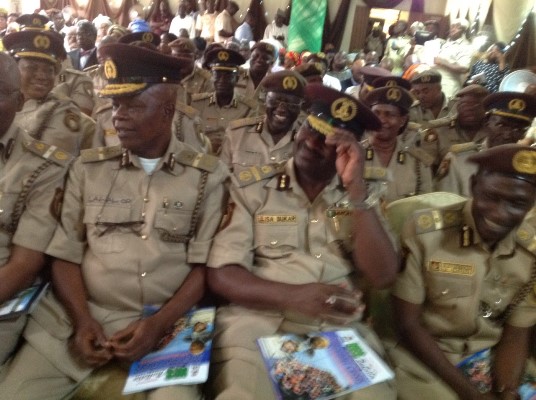 A total of 40 officers of the Nigeria Immigration Service (NIS) were among the 552 students of the Confucius Institute of the University of Lagos(Unilag)  who were awarded certificates for proficiency in Chinese Language on Tuesday in Lagos.

The News Agency of Nigeria (NAN) reports that the officers had undergone the course alongside 24 staff of the university and other members of the public.

NAN also reports that 24 out of the graduating students were awarded scholarship to further their studies in Chinese language.

The Controller of Immigration, Lagos Zone, Helen Onwuzulike, told NAN on the sidelines of the graduation ceremony that interactions between NIS and other countries had increased significantly, adding that this explained the need to learn major foreign languages.

“We are having a lot of bilateral agreements with these countries and in a bid to further strengthen the ties, we decided to create an avenue whereby our men can learn other foreign languages.

“Right now, our officers are being sent on language courses as this has become imperative because of the current global trend in immigration. This is aimed at enhancing our duties, especially with the influx of foreigners into our country.

“Currently, we are wooing a lot of foreigners to Nigeria for investment purposes and so it is part of our ease-of-doing-business arrangements such that when visitors come into the country, they feel welcomed.

“For instance, when you find an immigration officer at the arrival point at the airport speaking your language, the visitor automatically feels at ease, safe and welcomed.

“So, it is part of what we are doing currently to train our officers,” she said.

According to the NIS chief, the development is not only in the immigration regulation and duties but rather to expose the officers to global trends and proficiency in foreign languages.

She added that many of the officers were currently undertaking proficiency courses in not only the Chinese language, but also German, French and Spanish languages as part of bilateral agreements.

“Having to train our officers for proficiency in various foreign languages will further increase the number of foreigners wanting to come in to invest, thereby improving our revenue base as a country because if I go to a country and feel welcomed, I will always want to come back.

“Again, it could also help us to track crime. Being proficient in other languages goes a long way in being on the alert about any foreign aggressor or those with criminal intent,” she said.

She added that NIS had, in 2018, trained 40 of the officers, noting that this was going to be a continuous exercise.

The Deputy Vice Chancellor, Management Services, Prof. Folashade Ogunsola, said that the university would continue to make its students globally competitive through its various programmes.

According to her, the vision of the university is to ensure that students and other members of the public who participate in its programmes have an edge over others and become trail blazers in their respective fields of endeavour.

She further added that the proficiency language course would, among other benefits, take not just the students to the next level, but the country at large and as well as boost the country’s economy.

“Efforts are in place to ensure that our Confucius Institute remains a reference point among universities in the country and the public at large,” she said.

She also said that the occasion was to mark the 10th anniversary of the institute.

“It has remained opened to not just students of this university but the general public.

“There are indeed a lot of opportunities for persons to travel to China through these programmes and collaborations and so, I must say we are truly happy with this development,” Ogunsola said.

The Chinese Director of the Confucius Institute, Mrs Yong Jng Wang, also told NAN that the scholarship awardees would depart for China in September.

“I feel very happy with what is happening here today. The winners of scholarship will be going to many different Chinese universities this September. They will be representing this institute and the entire Nigeria.

“They will learn about the Chinese people, their culture and their language. It is our hope that when they come back to Nigeria, they will also be able to use what they have learnt to contribute their quota to the development of this country.

“It is also our hope that the rate of enrolment into this institute will continue to grow with each passing year.

“We feel very happy to see and know that our culture and language are being accepted and embraced here.

” There is no gainsaying therefore that the bilateral relation between Nigeria and China is getting stronger and more fruitful,” she said.

A don, Prof. Chimdi Maduagwu, explained that the duration of the scholarship was categorised into between six months and four years.

“The shortest period for the scholarship is six months. Others will be going for four years, that is, for Bachelor of Arts (B.A.) and others for their Master degree which will span between two and three years,” he said. 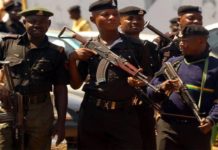 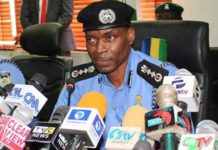