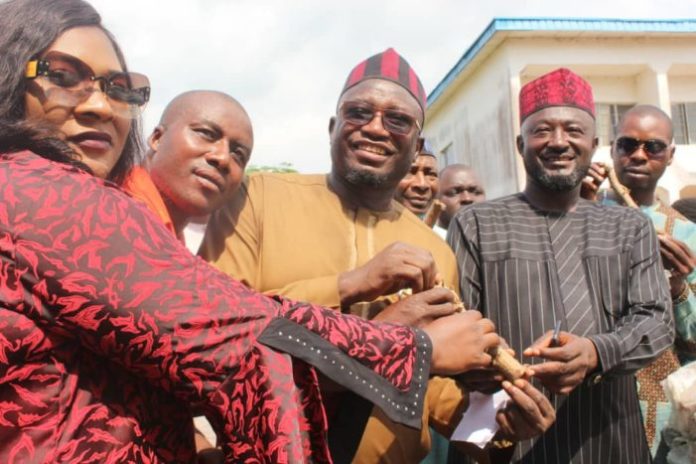 Caretaker Chairpersons of three Local Government Areas in Benue State have lauded the member representing Ado/Okpokwu/Ogbadibo federal constituency, Dr. Francis Ottah Agbo, for living up to his campaign promises even before settling in the House of Representatives.

The caretaker chairmen who gave the commendation include that of Ado Local Government Council, James Oche, his Okpokwu counterpart, Mrs. Amina Audu and that of Ogbadibo, Prince Emmanuel Onuh.

Rep. Agbo had, during the electioneering campaigns, pledged his total commitments to the empowerment of the youths, emancipation of orphans, widows and the downtrodden, interventions in Agricultural and educational sectors, critical infrastructure amongst others.

Barely one hour after his inauguration into the 9th National Assembly, the lawmaker inaugurated 11-man committee to handle the disbursement of his 4-year salaries to “widows, orphans and the less privileged in the 3 local government areas” which make up his constituency.

As part of his campaign promises, Agbo also stormed his triangular constituency at the weekend, where he distributed fortified, hybrid and improved vitamin A Cassava stems, as well as other improved seedlings to widows and vulnerable farmers in the areas, for cultivation this season.

Receiving the trailer-load of items in Igumale, headquarters of Ado, the chairman, Comrade Oche extolled the laudable virtues of the honourable member, assuring him that they will justify his sacrifice.

While pledging his loyalty to Agbo, who was recently named the spokesman of the Minority Caucus in the green chamber, Oche said the gesture was a welcome development, adding that, “within a short period of time, Ado would become the hub for cassava production in Benue and that would guarantee food security in the state”.

In her own remarks, Mrs. Audu, while receiving the truckload of cassava stems in Okpokwu, assured the lawmaker of mobilization of all widows and vulnerable farmers in the area council to support the scheme.

The Vice Chairman of Ogbadibo Local Government, Hon Frank Ochigbo, who represented the council chairman, Onuh, extolled the virtues of “compassion and integrity” displayed by the lawmaker.

“We have never witnessed this kind of gesture by any politician in this local government.

“You promised us during your campaign that you will do it and now you have come to fulfill your promise, unlike other politicians who make such promises as a mere tool to get votes”, Ogbadibo council boss said, while pledging total support for Dr. Agbo.

Earlier, while addressing the mamoth crowd, Hon. Agbo told his constituents that he was in politics to serve humanity, stressing that, that was why he had to come to fulfill some of the promises he made to them during the electioneering campaigns.

He enjoined them to take maximum advantage of the opportunity which, if judiciously used, would create wealth and raise the political economy of the vulnerable farmers in the areas.

Agbo said he was distributing the items in conjunction with ‘Enayi Ottah Foundation’, an NGO he founded in memory of his late beloved mother, stressing that, the seedings were bought with his hard earned money.

The lawmaker also hinted his constituents that an account dedicated for the disbursement of his salaries to “the poorest of the poorest orphans, widows and vulnerable constituents for four years”, had been created with the United Bank for Africa (UBA) and the account details submitted to the relevant authorities at the National Assembly, for onward payment of his salaries to the designated account, as and when due.

The Chairman of Peoples Democratic Party (PDP) in Benue South, Chief Godwin Owilo, while reacting to the gesture, said “the philanthropy of Hon Agbo, fondly called the Moving Train, the Ozigizaga, has repositioned the party in the zone”, calling on the people to always support him.

In his reaction, one of the political gladiators from the federal constituency, Hon. Chris Adaba Abbah, while thanking Hon. Agbo for the gesture, called on other elected officials to borrow a leaf from the lawmaker. 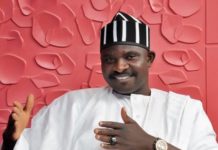 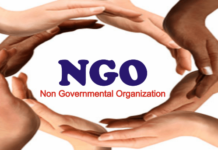 MAN, others plan conference on minimising waste in manufacturing sector 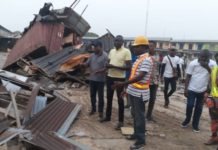 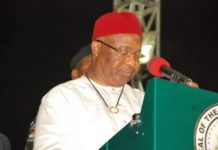 `Amala’ festival to hold in Lagos